Another season of Soccer

We spent another 8 Saturday mornings at the YMCA in the late fall. Both of the boys played soccer this year. I am still not sure if it was a success. Ethan decided Soccer wasn't for him and has moved on to Basketball. He said there was too much running in soccer. I am anxious to see what he thinks about all of the running in Basketball. We are still waiting for him to find the sport he has some passion about. With Alex we are trying to find a sport he has ANY interest in. I don't think the consider digging a sport in the real sense of the word, but he did want to sign up for soccer again in the spring so we will see how it goes. Her are some highlights from the season. Actually these are the real first photo's from Brads new camera. 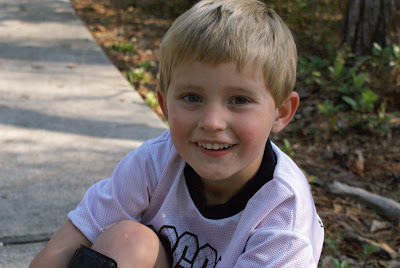 This is Alex telling his friend how close his ball came to scoring a goal. Too Cute!! 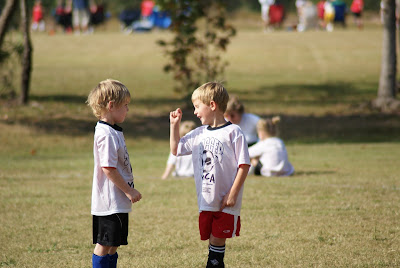 I would like to say Alex stopped to help his friend up but in reality half the team just throws themselves down on the ground for fun. Now that is what 5 year old soccer is all about. 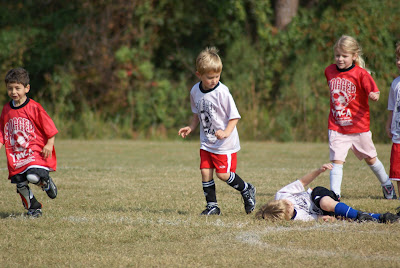 Can you see the look of fear in there eyes as Alex goes up against the line???? 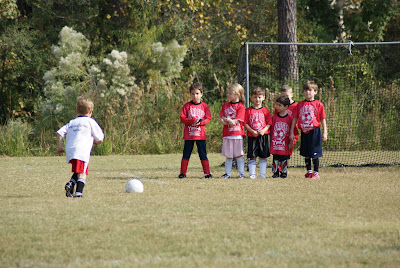 This is Ethan and his great coach. This guy could actually play soccer. Ethan had a great year, but i just don't think this is his sport. We will see. 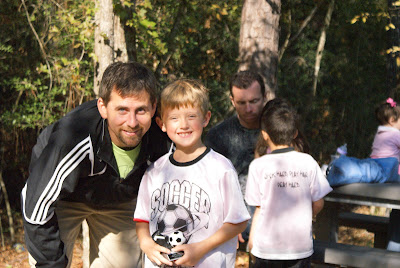 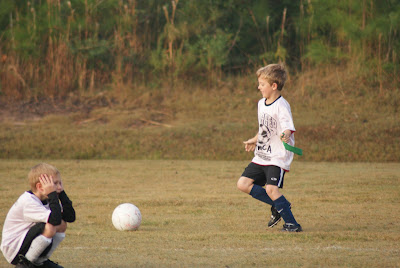 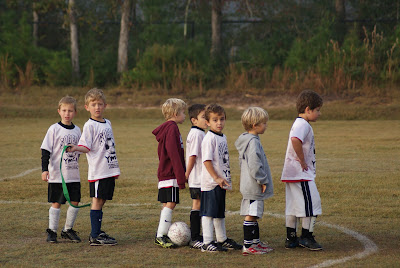 Here is a look at the spectators. Brads folks came up with there "babies" Tiki and Maui. Alex and Gwynn had little interested in watching the game after the dogs showed up. 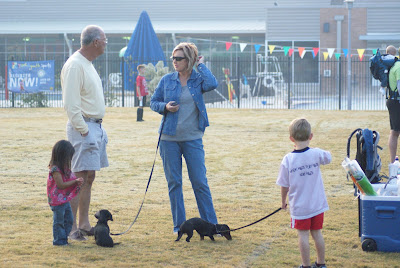 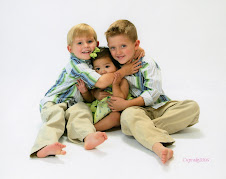